Fascist Catechism. Gospel of love from a Fascist Mystique!

"Love your neighbor". -- Doctrine of Fascism

I share it with my caseworker and she doesn't see any way it's harmful to me and can see how far I have come.

Like Buddha beneath the Bodhi Tree, I took Mussolini as my Yogi Guru (Spiritual master) and found enlightenmentand he is my therapist as well and speak about him to my therapist in this realm and he can't find fault with it, but some skepticism, which I'm the first to say skepticism is healthy, as I treat all things supernatural with skepticism, and so should you.

Typically when I go to the Capitol building with cardboard signs and Mussolini images attached saying, " I'm raising money to turn America into a Fascist Dictatorship" even the leftist politicians in their suit and ties can't hold back fits of laughter and just say, "good luck!"

It's as though I have brought light to them in some small way.

Through Mussolini I learned to love my enemies and pray for those who persecute me. I have learned to love sick people like Hitler, Joseph Stalin , Paul Pot, Republicans like Ted Bundy, people like Mao who kill 60 million people in his great leap toward and commit genocide against harmless sparrows , or the immigrants raping and pillaging Europe as we currently speak. People that do that or keep severed heads in their freezer like Jeffrey Dahmer are not happy people, the Duce taught me.

Mussolini is a new man who reminds me of Martin Luther King and his favorite visitor in his lifetime who left the biggest impression on him was Gandhi.

"Did you know Jesus was a Jew" was actually a quote from Mussolini before South Park used it, and Mussolini specifically only saw an Orthodox Jewish dentist and his home was open to Jewish children to play, and they were not told to convert.

In Fascist Italy or Fascist Spain, Anne Frank would have probably been okay. The first Jew in Scripture was named Mussolini and one reason Mussolini occupied Ethiopia was to take the house of Solomon, and he was going to found Israel in Palestine after that conquest, but ran into stumbling blocks with capitalists, Italian Catholics, and American Jews, and his plans got even more fucked up by Hitler, but he did fund Jews in Palestine.

My greatest reason for being a Fascist is it is a non toxic ideology and religion more misrepresented than any. No one I have met knows Fascism is a religion. Everything I was taught about it is complete falsehood in school. Nothing has more uprooted Communist errors more than Fascism.

Hitler ruined Fascism because he got butt hurt about Germany losing World War 1, blamed Jews and said they had ties to Bolsheviks, and decided to retaliate. That had nothing to do with Fascism. The economic miracles in Germany and the Volkswagon had Fascist links , but Mussolini did more than Chamberlain to try and keep the peace. 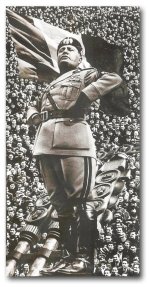 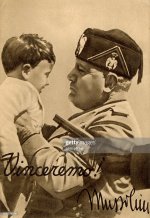 If you wish to impress Mussolini, live like Francis of Assisi who Mussolini made patron Saint of Italy based on his humility, poverty of Spirit, and love for lepers. To the world, if Mussolini had one word for you , it is "sorry".

He fucked up. Sometimes people and historians will never tell you why he fucked up. He was a Grandfather at the time bombarded with German propaganda about an anti communist antibolshivek block to defend religion against militant atheism. He could be a Caesar of a 20th century Roman Empire.

His alternative was a Nazi invasion of Italy for being unfaithful to the pact of steel and Mussolini always fucking up Hitler's plans like condemning his racism, putting troops on the border with Austria to stall the annexation, stalling the invasion of Czechoslovakia, and the Duce thought with only Britain left and losing every battle, he might as well enter the winning side of a war he had to enter one way or the other.

He didn't know about mass extermination of Jews. That was secret info that a lot of Germans didn't even know about.

What he did was wrong. Every Saint is a sinner. I won't defend wars of aggression unless it's to stop something really barbaric or abolish slavery like he did in Ethiopian Empire.

But there is a reason people like Gandhi liked Mussolini. He was an extremely talented, hospitable, gifted, unique individual with the mark of supreme leader. I believe in his Deification. Even Scripture says of certain men, "you are gods".

I shared that analogy with my caseworker and she liked it. 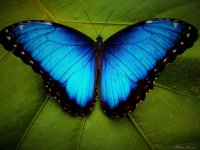 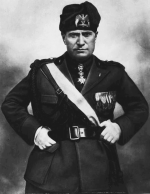 The Duce thinks this is great American music:

Um....mystic.
Unless you're claiming to be a mutant anti-hero, "mystique" is a trait, not an individual.
B

Gender
It's a free country.

Matthew Mussolini said:
Typically when I go to the Capitol building with cardboard signs and Mussolini images attached saying, " I'm raising money to turn America into a Fascist Dictatorship" even the leftist politicians in their suit and ties can't hold back fits of laughter and just say, "good luck!"
Click to expand...