Many people claim to oppose genocide. Do you have a problem with it, and if so, how much of a problem? If a country or organization attempts one, do you believe that international forces should intervene? Genocide Watch believes that that 9th and most serious stage of genocide has been reached in the following nations:

Should other nations be intervening in these situations? If so, how and to what degree?

Many others, too many to list here, are on their watch list, in some cases actively preparing for genocidal campaigns or showing clear signs of future genocidal activities. Should other nations be intervening in these situations? If so, how and to what degree?

How should genocide be taught about in schools and so forth? Should previous genocidal acts be condemned regardless of context, or should certain historical figures be protected from the charge of genocide due to their status as national heroes?

Is it ever acceptable to accuse one's current political opponents of genocidal goals, and if so under what circumstances?


EDIT: Never mind the poll, it clearly did not display the way I had expected it to. I am not technologically gifted.

Explain the poll in a paragraph and someone might be able to implement as you want it.

Ah, I had meant it to give one as many options as applied.

What separate ethnic groups are being genocided in North Korea?

repoman said:
What separate ethnic groups are being genocided in North Korea?
Click to expand...

In North Korea's case, it is political dissidents of any sort who are subject to immediate deprivation of life. This applies to a couple of the entities on the list there.
R

I think most (reasonable) people would agree that genocide should be stopped where possible, the issue to me seems to be that even if a superpower intervenes, how do they permanently stabilize the region, and not just get themselves involved in an ongoing and expensive issue.

I'm not familiar with some of the countries you list, but am fairly aware of African politics, and as I'm sure you're aware to say the issues there are multi-faceted is an understatement. And to me one of the persistent realities is that outside actors (like the U.S.) can never be fully benevolent to these regions. They can help, but ultimately domestic politics and the exploitation of other countries takes precedence. So there's a a natural limit to what other countries can actually do. To top it off the fundamental imbalance of global power usually keeps these unstable regions under-performing, so even if you prune a few branches with intervention, they'll just keep popping up.

So maybe intervention has to be thought about on a kind of case-by-case basis. If making a big difference with a reasonable amount of effort is doable, do it. But if your intervention is just going to complicate the matter, maybe measure twice before you cut.

It's tricky because we're a global community now. Some would say 'just leave these regions alone completely, and let them build from the ground up', but they're building themselves up within a global context. So even if someone decides to be 'non-interventionist', these countries can't just 'start from scratch', they still need to compete with surrounding regions which have power over them - which manifests itself in further instability.
A

As usual, I think passive voice moral questions like these are not very clear. It would be much more precise to ask whether some specific person should order an intervention, whether some other person should follow the order, etc. The answer is that it depends on the circumstances. Each person in a position to make a decision (usually) should consider the pros and cons, and act accordingly. So, it depends on the case.

The problem is that in many of these cases we lack good means of stopping the genocide. Any leader willing to use genocide is going to be willing to sacrifice an awful lot of his people to not be thwarted. Also, you have things like Rwanda where most of it was simply people taking out the competition for resources--that would be awfully hard to stop. 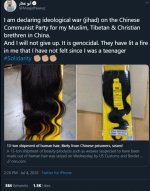