Is Jared Kushner more of a criminal than his father-in-law?

I was surprised that there's no recent thread on Kushner or the rest of his crime family. I wanted to post this YouTube titled Jared Kushner's Firm to Pay $3.25M for Deceiving & Cheating Tenants in Baltimore's "Kushnerville". Worth a watch; though tedious if you've reviewed several similarly odious Kushnerisms.

In another recent thread an otherwise-sentient sapient human claims it would be possible for an intelligent informed (and good-spirited?) American to vote for Trump. Kushner was Trump's best boy, s it seemed like a good way to start a rebuttal of that nonsense.

One of Trump's main campaign promises was to "drain the swamp." He would appoint all the best people; nobody's as skilled at hiring the best as Trump is; everybody says so. Instead he filled his cabinet with criminals, idiots and sycophants. Many of these "best people" ended up being fired or quitting when the criminality got too much.

The claim that it would be possible for an intelligent informed American to vote for Trump strikes me as inane gobbledygook. Anyway, rebutting that poster's diatribes, inevitably filled with half-truths, irrelevancies, and random pedantry, would be a huge waste of time. If I did it I'd just use color codes: Yellow = Too insipid to answer; Orange = false; Blue = Speculation; Purple = pointless, etc.

The whole Trump family is a rat king of crooks.
S

It is a family bussiness.

He was using offering visas to Asian investors in exchange for investments. For the wealthy China a green card meaNS an escape if they need one. Permanent US residence. 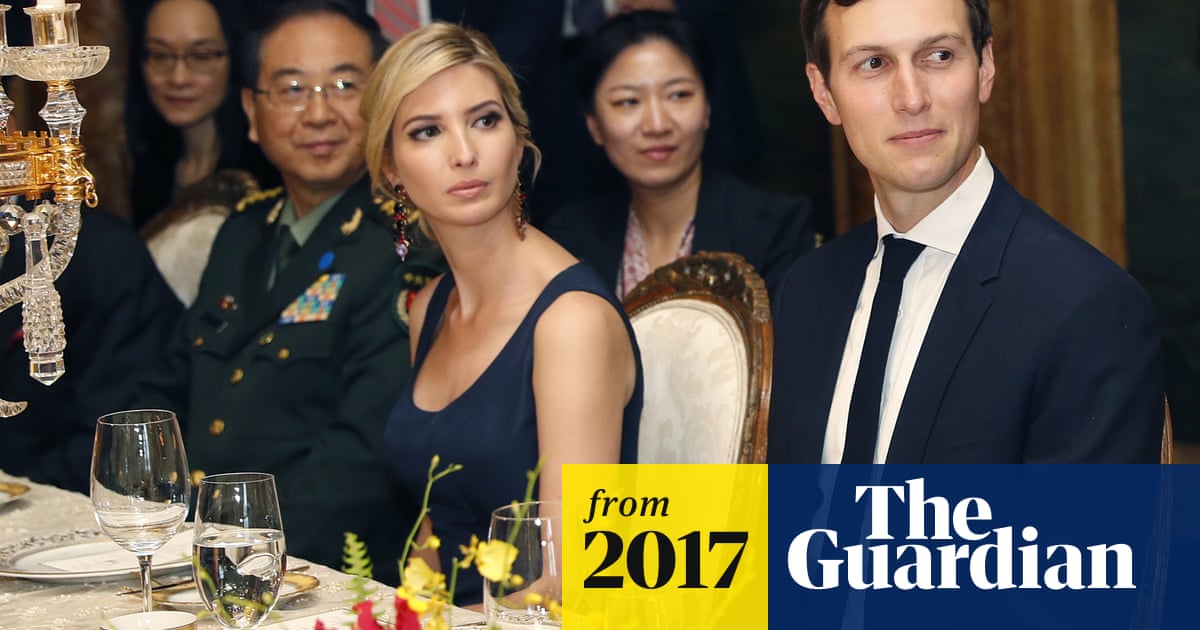 Nicole Kushner Meyer, sister of adviser to Donald Trump, mentions his standing while wooing investors into investments in return for US green cards

Donald Trump’s administration is facing new questions about conflicts of interest after Jared Kushner’s family staged events in China to woo wealthy investors into luxury developments, with the prospect of receiving US green cards in return.
Click to expand...

I heard it said Kushner's family was in troble and he thought he was marrying into money, only to find Trump was not all that welthy.
J

So, no, they are not more of a criminal than Drumpf

Give them another few decades and THEN we'll talk.
A

Until Jared tries to overthrow a Presidential election, I have to say no.
Last edited: Sep 30, 2022

Location
always on the move

What if Kushner swiped some of Trump's stolen classified documents, and used those to get the $2 billion investment from the Saudis?
S

marc said:
What if Kushner swiped some of Trump's stolen classified documents, and used those to get the $2 billion investment from the Saudis?
Click to expand...

I'd say anything is possible.