Sign about "Falling away from faith of founders of USA"

One the way home, I saw one of those cutsies on a sign. It said words to the effect of:

"This country has fallen away from the faith of it's founders. How is that working out for you?"

I thought, someone thinks they are so clever with that one. Then I thought about the contrast between
conditions in the time of the founders, i.e.

- Religion is used to persecute and kill others

- I'm sure you can think of some more

Compare that to today. Sounds like things are not so bad after all.

The ironic funny part is that the "Christianity of our founding fathers" would be pretty unrecognizable to the maker of the sign.

braces_for_impact said:
The ironic funny part is that the "Christianity of our founding fathers" would be pretty unrecognizable to the maker of the sign.
Click to expand...

Lambert (2003) has examined the religious affiliations and beliefs of the Founders. Of the 55 delegates to the 1787 Constitutional Convention, 49 were Protestants, and two were Roman Catholics (D. Carroll, and Fitzsimons).[citation needed] Among the Protestant delegates to the Constitutional Convention, 28 were Church of England (or Episcopalian, after the American Revolutionary War was won), eight were Presbyterians, seven were Congregationalists, two were Lutherans, two were Dutch Reformed, and two were Methodists.[citation needed]

A few prominent Founding Fathers were anti-clerical Christians, such as Thomas Jefferson[19][20][21] (who created the so-called "Jefferson Bible") and Benjamin Franklin.[22] Others (most notably Thomas Paine) were deists, or at least held beliefs very similar to those of deists.[23]

Historian Gregg L. Frazer argues that the leading Founders (Adams, Jefferson, Franklin, Wilson, Morris, Madison, Hamilton, and Washington) were neither Christians nor Deists, but rather supporters of a hybrid "theistic rationalism".[24]
Click to expand...

So, if you believe Jesus Christ was no deity and had no superpowers, you have not "fallen" from their "faith".


With such logic, most inhabitants of England, Rome and Greece should feel ashamed of themselves.

AlterNet: 5 Founding Fathers Whose Skepticism About Christianity Would Make Them Unelectable Today
M

Basic Beliefs
All Gods Are Fake

About Ingersoll, the Founding Fathers generation and...
Susan Jacoby on Secularism and Free Thinking on PBS:

If you have the time for a video. I listened to it over yummee 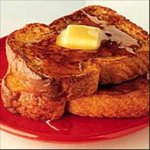 Jefferson, in a letter to John Adams: 'The day will come when the mystical generation of Jesus, by the Supreme Being as his Father, in the womb of a virgin, will be classed with the fable of the generation of Minerva, in the brain of Jupiter.' So much for the deep, traditional faith that today's religious righties tell us is to be found in the Declaration of Independence. Admittedly, the statement is in a private letter (but therefore all the more sincere.) No major U.S. politician of today would survive after making such a statement. Gotta love this place!!
You must log in or register to reply here.
Share:
Facebook Twitter Reddit Pinterest Tumblr WhatsApp Email Share Link
Top Bottom