Trump lost by larger margins in these states but he tried to win them:


Democrats gear up to fight gerrymandering after state House losses

Democrats may have won the presidency, but they failed to fulfill one of their biggest hopes of this election cycle: taking control of state legislatures and the power to draw electoral districts.

Now, organizers and party officials said, they will be forced to bank on litigation, friendly state courts, Democratic governors, recent state reforms and a growing grassroots movement to hold the line against their fears of Republican gerrymandering — embedding a political advantage in the drawing of electoral maps.

"Let's have fair maps. Let's have an actual battle of ideas," said Patrick Rodenbush, communications director of the National Democratic Redistricting Committee. "Republicans are afraid of the voters they say they want to represent, and they are cheating the American people out of representation by doing this."
Click to expand...

With that kind of activism, we may be in a better position to avoid the losses that Obama's Presidency suffered from - some 1,000 Federal and state seats.

The recount comes as Raffensperger is under fire from his own party, with both Republican senators from the state calling for his resignation in a statement that insinuated a lack of transparency and that illegal votes may have been counted, but did not cite specific evidence of fraud.

"The management of Georgia elections has become an embarrassment for our state. Georgians are outraged, and rightly so. We have been clear from the beginning: every legal vote cast should be counted. Any illegal vote must not," Sens. David Perdue, R-Ga., and Kelly Loeffler, R-Ga., said in a joint statement. "And there must be transparency and uniformity in the counting process. This isn’t hard. This isn’t partisan. This is American."

Raffensperger shot back at the senators in a statement rejecting their calls for resignation.

"As a Republican, I am concerned about Republicans keeping the U.S. Senate," Raffensperger said in a Monday statement. "I recommend that Senators Loeffler and Perdue start focusing on that."
Click to expand...

The Election Is Exposing Cracks in Georgia’s Republican Party - "Georgia Republicans find themselves choosing sides between the administrators of a government that they control and a president they do not."

One might think of this as two camps within Georgia’s Republican Party: the Isakson wing and the Collins wing. Georgia Gov. Brian Kemp’s office buried an announcement of staff changes by releasing it on Election Day. The changes signaled a meaningful shift in the governor’s public posture toward, well, madness like this. Kemp replaced many of his inner circle with long-serving hands of former Sen. Johnny Isakson, widely perceived as less ideologically driven than their predecessors on Kemp’s team.

Contrast this with Trump’s appointment of former congressman Doug Collins to run his recount effort in Georgia. Collins, one of Trump’s most vocal supporters in Congress, ran against Loeffler in Georgia’s jungle primary after Kemp passed him over for appointment to the Senate seat vacated by Isakson. Collins’s challenge drew sharp criticism for exposing the seat to a Democratic challenger by making it harder for Loeffler to gain a simple majority on the first ballot.

With a challenge from her right, Loeffler found herself running ads touting her conservatism. In one particularly absurd ad, Loeffler was cast as “more conservative than Attila the Hun,” complete with an actor in yellowface in a yurt. Meanwhile, Perdue tried to diminish his support for Trump in his campaign advertising as polling showed Trump’s growing disfavor in Georgia. Loeffler came in second to Rev. Raphael Warnock, but beat Collins by about 300,000 votes. Loeffler and Warnock face each other in a runoff January 5.
Click to expand...

Someone who isn't wasting much time in getting started:
Cori Bush on Twitter: "
It’s Day One, so I’m wearing my “Breonna Taylor” mask.

A few of my Republican colleagues have called me Breonna, assuming that’s my name.

It hurts. But I’m glad they’ll come to know her name & story because of my presence here.

Breonna must be central to our work in Congress." / Twitter

The investigation was conducted by former state Sen. Cheryl Jacques, and was demanded by party regulars after The Intercept uncovered evidence that the attack on Morse was a coordinated and manufactured smear campaign put together jointly by party officials and student activists. Messages obtained by The Intercept showed that CDMA leaders like Timothy Ennis had planned for a year to weaponize allegations against Morse for political ends. Subsequent reporting from The Intercept detailed how the students received advice and guidance from leaders of the Democratic State Committee, or DSC. After revelations about the involvement of party chair Gus Bickford, state committee attorney Jim Roosevelt, and executive director Veronica Martinez, the DSC opened an investigation into the party’s role in the scandal.

Despite its public assurances, the report concluded, the party remained in close touch with the College Democrats as the attack unfolded. Even more damningly, party officials, the report found, spoke to an attorney who said that the allegations, which were not specific nor backed up by evidence, did not rise to the level of something that could be made public without risk of a slander lawsuit. Party leaders then referred the students to a different attorney, Jim Roosevelt, who advised them to put their concerns in writing and helped edit the letter to Morse. The students told party investigators that Roosevelt urged them to leak the letter, but Roosevelt denied giving such advice. Regardless, it was immediately leaked.
Click to expand...

So it was a smear campaign.

What Went Wrong in the House?

The Democrats succeeded in getting a President, but didn't also get the Senate, and also lost seats in the House.

Democrats ran on basically two themes. One, Trump is bad and must go. Two, we’ll protect your health care by keeping down drug prices and protecting people with preexisting conditions. Now, voters were indeed fed up with Trump. They did indeed prefer lower drug prices to higher drug prices. And they agreed that people shouldn’t be condemned to die for having a preexisting medical condition. So far, so good. But those issues resonated most with strong Democrats and people who leaned Democratic. The problem was that they offered nothing to really inspire an independent voter, or a soft Republican, or somebody who hadn’t voted before. (Mike Siegel explained this in an interview on Deconstructed last week.)

What’s interesting is that Republican strategists I spoke to this week mostly agreed with Siegel, even if they might think that he’s a raging commie. The problem was that Democrats didn’t have anything convincing to offer people when it came to the issue so many cared about most: jobs and the economy.
Click to expand...

Knock Down the House - Alexandria Ocasio-Cortez - YouTube - both AOC and her boyfriend knock her first opponent's campaign ads. AOC: Joe Crowley's mailer is a "Victoria's Secret catalog" with nothing substantial, not even the primary date, while hers gives that date and what she proposes. AOC"s bf called the Democratic Party's campaign consultants "garbage" and "losing" and said it was "scary" that the 4th most powerful Democrat in the House was doing stuff like this.

lpetrich said:
The problem was that Democrats didn’t have anything convincing to offer people when it came to the issue so many cared about most: jobs and the economy.
Click to expand...

Opportunity lost. The B-H campaign should have postured as the fierce warriors who were going to roll out 'Murkin COVID tests, and track down and KILL the Trump Virus, revitalizing the Sacred Economy while vanquishing the foe that took down the once-invincible Donald!
Instead, they held themselves up as sniveling socialist weenies who want to lock everyone in their houses until The Enemy decides to leave us alone.

Democrats seem to never learn how little the actual truth matters to the FOXwashed public.

Thanks to voters, Oregon will be the first state in the country to decriminalize the personal possession of all drugs, including heroin and cocaine. Oregonians passed Ballot Measure 110, also known as the Drug Decriminalization and Addiction Treatment Initiative, with 59 percent of the vote; it’s the most far-reaching of numerous successful drug-related measures on ballots nationwide, including the legalization of recreational marijuana in New Jersey, Arizona, Montana, and South Dakota.

...
Oregon’s decriminalization measure should not be confused with the legalization of all drugs; it instead entails the removal of criminal penalties for the possession of small amounts of illegal substances. After February 1, the penalty for drug possession will be akin to a hefty traffic ticket: a $100 fine. Those who cannot or do not want to pay can choose to agree to a “health assessment” at an addiction recovery center. The ballot measure also includes the expansion of access to recovery treatments, housing, and harm reduction services, to be funded through the reallocation of tens of millions of dollars from Oregon’s cannabis tax. Money saved by not arresting, prosecuting, and caging people found with drugs will also be redirected to a fund for treatment services.
Click to expand...

I nominate lpetrich top resource for information summaries at this site. Thank ewe.

Unfucking believable. I'm a moderate and am totally disgusted by Trump. I'm very disappointed that so many of my fellow Americans voted for him. He's a traitor.

I'm sure Putin is rubbing his hands together laughing with glee as his boy Trump takes a sledgehammer to basic U.S. institutions.
Tom
T

Unfucking believable. I'm a moderate and am totally disgusted by Trump. I'm very disappointed that so many of my fellow Americans voted for him. He's a traitor.
Click to expand...

I honestly don't consider Trump a Republican so much as a TeaParty. Despite the hostile takeover staged after Obama was elected president. The GOP was on the ropes in 2008.
So some billionaires founded a party designed to get the low information voters to support radical policies in the favor of rich folks, took over the Republican Party, and Trump is the result.
Tom 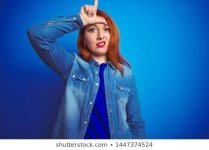 This is the closest Trump will ever come to conceding.

Jayjay said:
This is the closest Trump will ever come to conceding.
Click to expand...

I think he came even closer yesterday. "Who knows? I guess time will tell" has a good chance of ending up Trump's concession speech for the history books:

Location
Lots of planets have a North

No matter who wins, it won't be a clean victory. It will taint the victory of whoever wins.

I think Trump's claims are lacking in substance, but I also think you should always investigate any claim of election improprieties.

I recently heard that investigating Trump's claims is a form of fascism.
G

Jason Harvestdancer said:
No matter who wins, it won't be a clean victory. It will taint the victory of whoever wins.

I think Trump's claims are lacking in substance, but I also think you should always investigate any claim of election improprieties.

I recently heard that investigating Trump's claims is a form of fascism.
Click to expand...

They were investigated, and they were found to be false. Now we can move on. Well, as long as Trump stops being a little bitch. Anyway, it's not fascism to investigate the claims. It is fascism to keep repeating claims of a stolen election even when it's been proven to be false.
You must log in or register to reply here.
Share:
Facebook Twitter Reddit Pinterest Tumblr WhatsApp Email Share Link
Top Bottom